The clocks have gone back, the days are getting shorter, and don’t forget to grab your hat and scarf because it’s only going to get colder! November is the month where winter really starts to kick in, and for many, this means retreating indoors to enjoy an exciting new TV show or revisit a classic film. 2013 is no exception, and this year marks a number of poignant anniversaries that are being celebrated in television, in addition to a flurry of exciting new film releases. Here at Turnaround, we love to celebrate the literary side of things, and have a number of titles that will fit perfectly in line with your eclectic viewing tastes. So dig out those extra layers, and we will dig out some of the best film and TV related titles to see you through the month ahead. 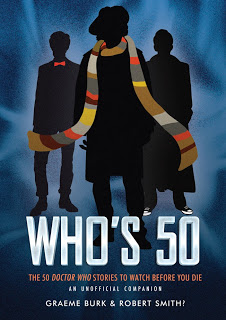 On November 23rd, Doctor Who will officially celebrate its 50th anniversary with a very special episode bringing together popular characters from past and present. Still as popular as when it premiered in 1963, it is a true icon of British television, with a fan base extending far beyond sci-fi enthusiasts. WHO’S 50 brings together behind-the-scenes details, TV highlights, goofs and trivia in one blockbuster book that surely does justice to this landmark programme and its wonderfully imaginative, thrilling universe.  Philip Hinchcliffe, a past producer of the series has proclaimed it ‘The most intelligent and lively book I have read about Doctor Who’ and we can’t help but agree. Guaranteed to satisfy not only die-hard fans, but newcomers eager to arm themselves with some Tardis-based trivia, WHO’S 50 is published on the 14th November. 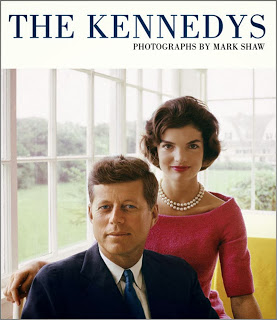 November also sees another 50th anniversary, though one rather less celebratory, as November 22nd 1963 was the day that President John F Kennedy was famously assassinated. The American movie Killing Kennedy relives this fateful day on television on November 12th, and a number of documentaries commemorating the event and president are planned throughout the month. Here at Turnaround, we believe Reel Art Press’ THE KENNEDYS to be a fitting tribute to the president and this famed family. A fresh and expanded take on Mark Shaw’s classic 1964 collection of published photographs, Reel Art Press have been granted complete access to his archives, bringing over 50% of previously unseen material to public view. Stunning intimate and candid shots from all aspects of Jackie and John’s life feature in what CBS News celebrates as ‘extraordinary photos…. Beautifully done’. Including photographs from JFK’s rise to power, and the aftermath following his assassination, THE KENNEDYS is a beautiful, haunting book that brings readers firmly into the inner circle of an American legacy.

BLUE IS THE WARMEST COLOR 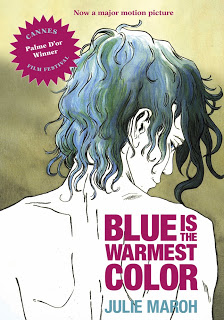 For those of you who dare to venture out, a trip to the cinema could provide ample distraction from the onset of cold winter nights. November 22nd sees the release of two films based on critically acclaimed works distributed by Turnaround. The Palme d’Or winning and consistently controversial BLUE IS THE WARMEST COLOR it is a tender and bittersweet story for the ages that bristles with the energy of youth, rebellion and eternal light of desire. Clementine is a high school student, grappling with feelings of sexual confusion, who has her eyes opened by Emma, a blue haired punk with a confidence and charisma that ignites a unexpected passion between the two. The original graphic novel by Julie Maroh was the Winner of the Audience Prize at the Angoulême International Comics Festival and is the perfect introduction to this captivating and tender love story. 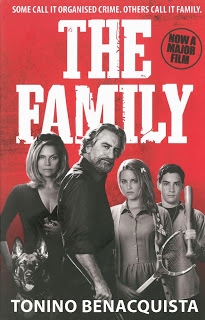 THE FAMILY marks a welcome return to the mafia for Robert DeNiro, and brings to life the violent, but darkly humorous world imagined by Tonino Benacquista in his magnificent novel better known as Badfellas. An American family relocate to Normandy under cover of darkness, and quickly integrate themselves into village life as clean-cut upstanding citizens. In reality, Giovanni Manzoni is an ex-mafia boss whose indiscretion led to him and his family being put on the FBI Witness Protection Programme. However, anonymity is not something this family is accustomed with; and several assaults, hustles and fires later, their cover is once again blown, pushing Giovanni back into the violent life of crime he misses so much. Described by the Guardian as ‘savagely funny and surprisingly touching’, this has been repackaged specifically for the film’s release, and proudly bears the title THE FAMILY. Although, perhaps not one for the whole family.